Based in the heart of Bristol, The University Hospitals Bristol NHS Foundation Trust provides care to city residents and the South West areas from their thriving nine sites. With 9,000 staff delivering over 100 different clinical services, the Trust provides general diagnostic, medical and surgical services to around 350,000 patients.

The Trust’s Bristol Royal Infirmary site’s Radiology department is equipped with modern technologies and systems to carry out a complete range of radiological examinations and procedures to adults. Not only does BRI’s radiology department perform 57% of the total Trust’s radiology’s service, it also provides 24/7 cover for inpatients and the Emergency Department.

To perform such high levels of care and around the clock service, BRI’s Radiology team requires optimum IT frameworks to support x-ray examinations, consultant reporting and the routing of patients and their data through respective clinical procedures. Having previously used a digital dictation engine within their RIS in 2006, the department had the advantage of digitalised voice recordings running alongside their digital PACS. This enabled traceability and archiving of patients’ images and reports but also brought a heavy reliance on audio transcriptionists for typing tasks. Consultant Radiologist and Clinical Lead Paul Davison lead this project and, whilst seeing the improved autonomy of electronic procedures over the previous mini-cassettes, found that digital dictation had a tiered process of routing work around the department for individual input – reporting, typing, proofing, and printing. This brought lengthy waiting times and additional administrative burdens on the clerical teams.

The introduction of the National Program for IT (NPfIT) saw a public realisation of new healthcare IT applications. For Radiology, this introduced digital Radiology systems, which in 2006, included digital dictation abilities within a RIS. One such technology, Voice Recognition (VR) was quickly adopted by UK Trusts due to its live voice-to-text automation and recommendation by the Royal College of Radiologists (RCR), who saw the merits that VR intuition could bring a reporting environment. Dr Davison had identified both the department’s drive, to turnaround radiological reports quicker and reduce clerical pressures (typing) on the team, and the must-haves for the new system, the VR needed to be user-friendly and easy to learn. These clear objectives resulted in Paul consulting a series of VR specialists to implement a clinical voice recognition engine to their RIS and PACS systems to enable quicker generation of radiologists’ reports with greater accuracy using live voice-to-text automation.

Numerous IT vendors approached the Trust with various VR offerings, leading Paul and the project team to develop testing criteria to gauge usability and VR accuracy. A pre-configured script had to be processed into text during a live demo environment and vendors had to successfully train a member of the radiology team who had never used a VR application before. Several vendors were evaluated in 2012 before the Trust decided on Soliton IT, a leading VR, RIS and workflow developer based in Hemel Hempstead, with their Speech+ VR application.

Speech+ is a VR engine developed and supplied by Soliton IT in response to demand in the healthcare market.  Deployed as a modular application, Speech+ enhances the capability of a site’s existing IT systems (such as PAS, RIS and EPR) by adding a time-saving speech processing element to daily tasks. This useful addition to a Radiology IT system offers both the speed of instant voice-to-text within a clinical system as well as clinical contexts which intuitively recognised medical terminology.

Bristol Royal Infirmary were impressed with the levels of accuracy within the engine – which, whilst being confidentially adaptable to varying dialects, enabled a Consultant Radiologist to report via a microphone and see instant clinical prose within the reporting screen. Helped with the inclusion of command and control features to navigate around the interface and between programs, Radiologists had total control over generating reports and could remove the transcription stage from the process entirely.  In measurable terms, this resulted in significant efficiency gains when a Consultant Radiologist would have already assessed and reported on a modality before the patient had even returned to A&E after their examination. Dr Davison comments:

“We adopted the Speech+ technology after the demonstration from Soliton IT – they had met our criteria and were able to successfully demonstrate VR in our specific environment.  From this point, the take-up of the system was across the board in our department – helped significant by Soliton IT’s speed and quality of training.”

Furthermore, departmental resources could be maximised by aligning additional tasks to the administrative teams who no longer had substantial transcription tasks. Many of the team could adopt systems roles such as PACS/RIS maintenance to support the growing IT framework and add flexibility to the team.

In a short time, the initial 20 VR users grew to around 100 with Consultant Radiologists, Echo Sonographers, Reporting Radiographers and Registrars using the Speech+ application.

“Since implementation, I have done 100% of my Reporting using Speech+ VR. The cost and efficiency savings make it a worthwhile investment for a Radiology department”. 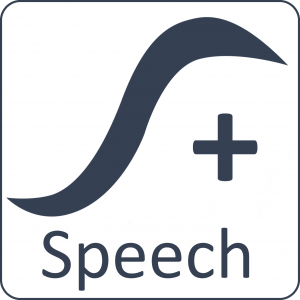 Midlands-bound! Soliton IT prepares for third RIS on the Road