You are here: Home / News / Soliton IT and Project SERRIS triumphs in the Radiology Reporting Sharing...

The contract to provide a radiology reporting management system into the South-East Scotland region has seen huge success as the final site approaches Go-Live and the national contract for Scotland-wide implementation is subsequently awarded to Soliton IT.

The introduction of SERRIS (the South East Regional Reporting Insourcing Solution), is an initiative of inter-Board reporting sharing to include three initial Boards, NHS Fife, NHS Lothian and NHS Borders. Amidst the UK-wide shortage of NHS radiologists, Scotland was seeing an acute shortage with particular challenges in NHS Fife. This site was struggling to meet radiology requirements and were using different methods to meet reporting demands, such as locums and third-party outsourcing companies, proving expensive and difficult to manage when locating and tracking reports.

As Fife was experiencing the most critical challenges, the SERRIS Project Team identified that an application was needed to route reporting tasks from the Board to other NHS sites to maximise the network of reporting resources across the region.

In January 2017, after evaluating 5 vendors, Graham and his team awarded the SERRIS contract to Soliton IT with their Share+ application.

The adoption of Share+ across the three sites has tackled capacity variability across South-East Scotland and has been deemed as a triumph in radiology IT sectors. Reporting tasks were covered and enabled maximised resources for even the most under-resourced site. The SERRIS network also saw all GP work and paediatric exams routed through NHS Lothian, with turnaround times reduced to just 1-day in most cases.

“Not only has the project significantly reduced the waiting list in NHS Fife, we can now peak 6000 reported exams per month within SERRIS. We also now have access to a pool of specialised radiologists who were previously unreachable, meaning that we benefit from exams being reported by exactly the right person.” 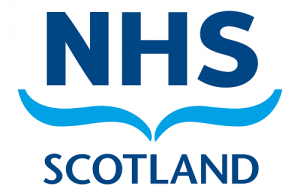 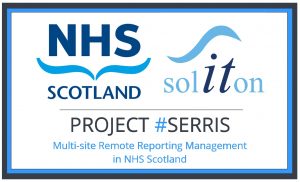