You are here: Home / News / Soliton IT unites technology and fund-raising initiatives at UKRC in M...

Needing little introduction, UKRC is a national radiology congress which attracts thousands of visitors from clinical and technology arenas. Taking place from 12th – 14th June at Manchester Convention Centre, this annual event consists of a scientific congress and technical exhibition aimed at those involved in the field of radiological science. Attracting delegates from NHS Trusts, Boards, private imaging centres and sector IT vendors, the show celebrates many years of innovation and, importantly, supports the community of healthcare.

For Soliton IT, a UK-leading RIS provider, this year’s show brings a charitable element to their usual Radiology IT offerings. The UK’s media recently reported that tragic acts of terrorism at Manchester arena resulted in 22 fatalities and more than 100 people injured. This staggering attack on the people of Manchester prompted the City Council and British Red Cross to launch the We Love Manchester Emergency Fund, a national fund-raising initiative to raise vital funds for the victims’ families. Considering the locality of the attack and the humanitarian approach of local residents, companies and celebrities, Soliton IT and sector Partner AXREM have pledged to support this worthy cause at the UKRC exhibition in Manchester.

Soliton IT’s plans for UKRC was originally community-led and interactive; their Great Soliton Cake Off theme was designed to offer 3-days of cake-tasting activities, voting competitions and prizes to visitors of the show with an array of professionally baked cakes for sampling.  The RIS developer is expecting hundreds of willing cake tasters at their stand, which is equipped with a tea-shop, idyllic countryside setting and tasting marquee, to participate in “Great British Bake-Off” themed activities. Considering recent events in Manchester, Soliton IT pledges to support the We Love Manchester Emergency Fund by donating money for each cake sampled to the national fund.

Other healthcare organisations, such as AXREM – the UK trade association representing suppliers of radiotherapy and medical imaging IT and care equipment – are also joining ranks with their members and colleagues to support the campaign by using the exhibition as a channel to promote and network the charity. The money raised will ensure that victims and their families do not face short-term financial difficulties and has, at time of going to press, has reached £7.2 million.

Alan Birks, Director of AXREM, comments on the UKRC adoption of the cause:

“I had the pleasure of working in Manchester for over 20 years during which time I met some great people and made many, many friends. The city’s response to the recent terrible event at the Manchester Arena typifies the resilience of Manchester people who will always refuse to be beaten by any adversity that comes their way. I am delighted that AXREM and its members, such as Soliton IT, have adopted this cause in their exhibitor capacity; these efforts will be well received by the charities involved and hold real-life financial merits.”

With high hopes for fund-raising and networking with local healthcare bodies, Soliton IT will be delighted to accommodate any delegate from the show with their Great Soliton Cake Off cake-tasting activity which will be building funds for the victims’ families and prompting more engagement within the healthcare community.

Visit Soliton IT on Stand 51 for the Great Soliton Cake Off.

Those wishing to donate to the Manchester Emergency Fund directly can do so here: https://www.justgiving.com/campaigns/charity/redcross/ManchesterEmergencyFund 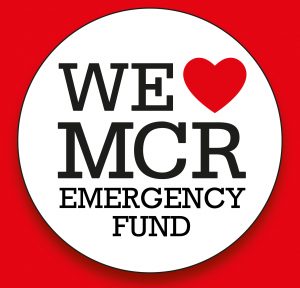 Soliton IT launches RIS on the Road – Radiology IT and RIS workshops for the...

Keep Calm And Eat Cake! Soliton IT prepares for the Great Soliton Cake Off!
Scroll to top