Serving over a quarter-of-a-million people in South West London, Kingston Hospital NHS Trust employs nearly three-thousand staff on site and runs a busy district hospital as well as a number of outpatient clinics in the surrounding communities. The Trust provides a full range of diagnostic and treatment services to their 400-bed site and has a reputation as the best cancer hospital in London as well as a highly regarded maternity and orthopaedic service.

Continuing the Trust-wide focus on patient care, Kingston’s Radiology department is a consultant-led multi-disciplinary team working within CT, MRI, Ultrasound, X-ray, Nuclear Medicine, DEXA, Breast Imaging and Fluoroscopy. The team consists of 131-staff – including 21-consultants and 50-radiographers who carry out around 275,000 annual examinations within their multi-disciplinary and extended roles.

For managing electronic radiology processes, Kingston Hospital had a RadCentre Radiology scheduling system deployed by Amersham Medical Systems in 1993. The digital infrastructure of RadCentre was a welcome progression from the previous analogue methods used within Radiology; it supported the migration from paper-based imaging operations, replacing the Cardex system, by offering a digital workflow.  Although functionally apt, this system had been in use for 25-years, and Kingston knew that other software applications were on the market which clerically and clinically enhanced Radiology workflows further.

When the national PACS project came to London in 2006, the Trust saw the merits in refreshing their RIS workflow in line with other NHS Trust Hospitals around the country. Jim Weir, Radiology Manager for Kingston, had general stipulations for a new application, needing a system to be electronically efficient enough to reduce clerical errors, quicken workflow and ultimately reduce turnaround times. Functionally, these requirements called for easy requesting by the clinician, quick routing to an assigned radiologist for vetting, easy access protocols, and smooth upload to a worklist. Jim comments:

“When identifying the features for the new RIS, electronic vetting was at the top of the list. This was a big step for Kingston as our Radiologists previously vetted in a very different way to what we were going to move to.  Along with automated protocolling and sending and upload of worklists, automatic vetting was crucial to our vision of Radiology autonomy.”

Jim was offered a managed equipment service (MES) from Siemens Healthineers– a partnership to provide NHS Trusts with access to the latest clinical systems, technologies, and equipment over a contractual period at a fixed cost. For Kingston, this meant Siemens not only supplying a new RIS application, but also complete management of the RIS provision within the MES – ownership, supply, purchase, installation, training, support, and ongoing replacement. Combined with the required integration with Kingston’s PACS from Sectra, the team sought a dynamic system for deployment.

Siemens and Kingston Hospital identified several vendors who were prolific in the market for RIS supply and, after seeing that many RIS were still amid development, highlighted UK-based RIS developer Soliton IT and their leading RIS, Radiology+.

Soliton IT, based in Hemel Hempstead, has a software suite of radiology workflow, reporting, sharing and VR applications, which have been designed by clinical professionals and ex-radiographers, built by the industry’s most renowned software developers and equipped especially for the radiology discipline.  Their leading application, Radiology+, offers automation of radiology tasks with its intuitive workflow dynamic which includes many modular specialist features.  Routine radiology tasks such as scheduling patient appointments, protocolling, vetting, data-entry, inter-departmental messaging and reporting are displayed in a concise worklist interface for easy identification and handling. In addition, Radiology+ offers a full statistics module- a customisable graphical analysis on area performances and highlights, in quantitative terms, where areas for improvement lay. Soliton IT’s technical department could also draw from decades of radiology IT experience as the previous developers of RadCentre; many of Amersham Medical System’s former staff are now part of the Soliton IT team. In addition, Soliton IT had a proven track record with both Sectra integration from their RIS deployment at North Middlesex Hospital and Siemens partnership from their installation at a north London scanning centre.

The RIS project team, Jim, Vin Majuran, Consultant Radiologist and Siemens had a clear preference for the Soliton IT system, which was fully-developed and intuitive with its clear interfaces, solid structure and multi-faceted nature that worked both in a Trust environment and at remote locations. Vin comments:

“In terms of enabling Trust and remote working, many RIS vendors could demonstrate a RIS that could do one of these effectively but not the other.  We wanted to mirror a system for someone who worked at home, with access to reports, images and requests, the same as if they were working in the hospital. Soliton IT were the first ones to demonstrate that their RIS could work both inside the hospital and out.”

“Soliton IT’s functionality needed no further development or was not work in progress, contrary to other providers that Kingston Hospital assessed. Their Radiology+ was already fully equipped, appeared to manage much of the workflow itself and was ultimately ready to go.” 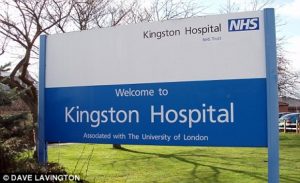 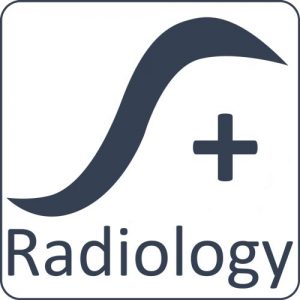 Canberra-bound for RANZCR! Soliton IT signs up for the 69th Annual Scientific...
Scroll to top